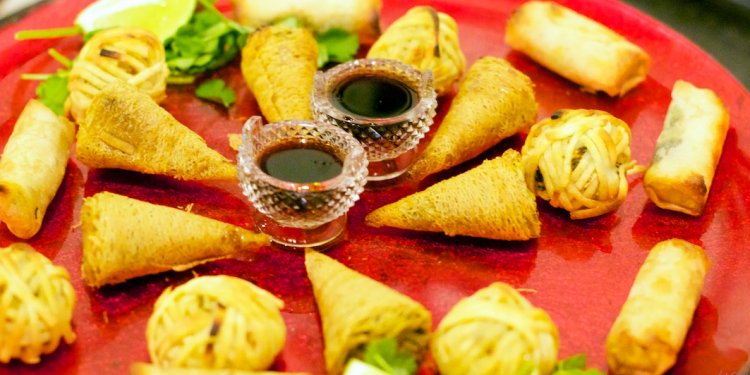 Stephanie emailed weeks ago seeking advice on how to plan her upcoming wedding party menu. She’s marrying a Vietnamese person and had several of my books. Rory and I got married years ago so I didn’t know whether or not what we did was appropriate for 2016. This morning, I pulled out our two wedding scrapbooks (noticed the "scrap book" misspelling), took a stroll down memory lane, and responded to Stephanie.

Rory and I began dating in 1989 and when he officially asked for my hand in marriage several years later, he had to do it in front of my parents, siblings, and nieces and nephews. It wasn’t an intimate man-to-man discussion. There was a video camera rolling. My dad made a speech (my dad is eloquent and loves public speaking), and among Dad's comments was that the wedding would be an opportunity to combine the best of eastern and western traditions, the things that we cherished the most.

We kept that in mind for the many years that we were engaged. I worked and attended graduate school full-time at the University of Southern California; Rory was crisscrossing Los Angeles as an adjunct professor at local universities. We lived happily in a Santa Monica rent-controlled apartment owned by our friend Len. We had little money or time to get married until I finished school and left my job.

During the engagement period, my mom needled us to get married. “What do I tell my friends about where you are living? And, when you do decide to get married, have the courtesy to let me know, ” she sarcastically said. Finally, we picked July 13, 1996 – one of the few dates open at the extremely popular Catholic church down the street from our place. (The other wedding that day coincidentally involved a Viet groom and non-Viet bride.)

Did we want a Chinatown restaurant banquet like my sisters and cousins had? No. We wanted to do it our way: in the garden at Len’s apartment building. My parents were initially aghast but eventually relented since we were going to have a full Catholic mass for our nuptials (my dream father’s dream). The party was up to us.