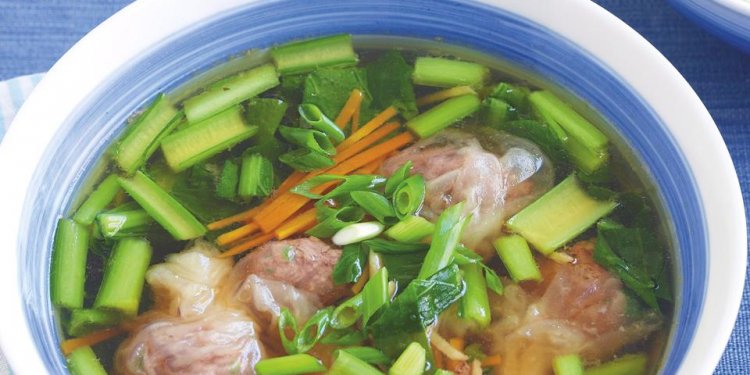 My love for wonton soup may not be as deep as my sister's, who dives into a bowl with a passion only rivaled by her love of beef chow fun, but it still ranks up there in the "top five soups" category for me.

I'll admit it: the wonton soups of my youth—the one that originally made me fall in love with the salty, slippery, comforting dish—were probably not good. Ordered from takeout joints or strip malls on the way home from ski trips, they had thick, clumsily made wontons and a broth that tasted mostly of salt with a hint of cabbage.

Since then, I've made it a mission to try all of the wonton soup in the city worth trying (a pretty tall task) and have discovered that when done right, wonton soup need not be the cheap appetizer of choice, but a worthy dish unto itself. There're the Chinese-American roast pork broth version with thick skins sold at barbecue shops, or the large, pork and bok choy-filled versions served floating in chicken soup with noodles at the Shanghainese restaurants. At the city's handful of Fu Zhou restaurants you can get broth filled with dozens of wispy, comet-shaped wontons and bits of pickle and dried shrimp.

But my favorite version—the version that's good enough to eat like a meal and not just an MSG headache-inducing appetizer, * is the rich, shrimp and pork version served in Hong Kong. The broth, a far cry from the salty, one-dimensional versions I had as a kid, is made with pork (and sometimes chicken), with a rich body and a faint aroma of the sea imparted by dried flounder and shrimp. The wontons are stuffed fuller than most, folded into little round parcels, filled with juicy pork and shrimp that pop out as you bite through the thin, thin skins; the shrimp crunching under your teeth as you chew.

*yes I know, MSG headaches are a myth or at best psychosomatic. Unless you eat MSG-laden wonton soup on an empty stomach, perhaps.

Part 1: The Broth Base

Just like great French or Japanese food, good broth is one of the backbones of Chinese cuisine, and the most important broth when it comes to fancy soups is superior stock, a rich broth made with pork, chicken, Jinhua ham, and aromatics.

The chicken part of the broth is easy—chicken backs are cheap and packed with bits of meat and fat that give the broth flavor, along with plenty of connective tissue that breaks down into gelatin over the course of a long simmer, lending body to the broth.*