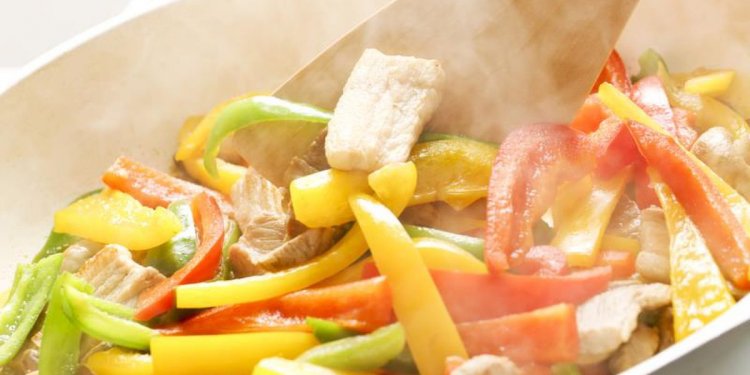 Have you had that moment when you’re feeling proud because ordering drinks in Chinese is simple and you have great Chinese table etiquette, but then you go to a Chinese restaurant and look at their menu and go, “What the … ” ?

But to save face, you still order whatever you think is right. Although honestly, there’s not a single dish you can fully understand. So then, you solely rely on the few words that you do recognize: pork (猪肉), fish (鱼), chicken(鸡), rice (饭), noodles(面).

And you know what the worse part is? When the dishes are served and your guests think that you purposely ordered a weird combination because it suits your palate.

It happened to me and honestly? It’s so embarrassing it makes me want to crawl under the table.

So to save you from having a similar experience (or if you already have had one, then it’ll help you not to have a repeat), here’s a list of 15 dimsum dishes that you can familiarize yourselves with.

This can also be used to refer to snacks or anything eaten between meals. Dimsum was first intended to be a group of small dishes that could be eaten during teatime. Because of its popularity, it is now served all day long in steamer baskets, either made of bamboo or metal, placed inside trolley carts. A staple in dimsum, dumplings are translucent wrapped fillings, served either steamed or fried. According to Chinese tradition, dumplings are prepared and eaten during the Chinese New Year celebration since they represent prosperity. Its boat-like shape is similar to Chinese gold ingot, and the act of stuffing the dumpling with fillings symbolizes the storing or accumulation of wealth.

Ever wonder why most buns you see are round? That’s because they are made to look as if they are human heads. It happened centuries ago when a troop of soldiers made these buns as offerings to the gods to allow them to travel safely across the rivers.

This is the most famous steamed dumpling. It’s an open-wrapped dumpling whose shape is similar to a budding flower. Originating from a district in the Guangdong province, these are usually filled with pork and shrimp, and then topped with fish roe, shark’s fin or green peas.

A favorite among the youth, this is another name for steamed shrimp dumplings. This famous variation of dumplings was introduced during the time when dumplings were becoming popular in China. Competition is fierce and one local chef thought of using the fresh shrimps caught in the river beside their teahouse to attract more customers. This refers to a panfried dumpling with a meat and vegetable filling. Slightly longer than siomai or hargaw, this is almost similar to the Japanese dumpling gyoza. You’ll be amazed to learn that potstickers were created by accident. During the 宋(sòng) dynasty, the top chef of the imperial court accidentally burned one side of the dumpling while preparing for the emperor’s banquet. Unable to rectify the dish due to a time constraint, the chef simply presented the burnt dumplings to the guests. And that was how 锅贴 was introduced in China.

This is synonymous to 包子. 烧包 is more popular among the Chinese community outside of China. These are usually stuffed with fillings of 叉烧(chā shāo), which is asado, or 丸子 (wán zǐ), Chinese for meatball.

Remember the tale mentioned above regarding how the buns’ shape came to be? These are the original buns that were made that very day. 馒头 means a barbarian’s head. And in Chinese history, the soldiers who fought against and over the unification of the Chinese provinces are called barbarians. Thus, when they created the buns to replicate their human head, they coined a literal name to it. Rice is an integral part of the Chinese culture. Over the centuries, Chinese have continuously made different variations of rice and rice products, the most popular of which are dumplings and rice rolls. Dumplings were first created from rice flour. It is only recently that they began to use other ingredients. Rice rolls were first introduced in the agricultural province of Guangzhou. They can be filled with pork or beef, and dipped in soy sauce.

The aroma of the lotus leaf is infused in the rice when steamed, and you can enjoy this fragrance while eating. The sticky rice is stuffed with a variety of fillings from meat to red bean, with pork being the most popular. This is called machang or 糯米鸡 (nuò mĭ jī) that Chinese eat in celebration of the Dragon Boat Festival every fifth month of the Lunar calendar. This is done in commemoration of a patriotic Chinese poet who drowned in a river. The people loved him so dearly that they threw these machang into the water so that the fish would not eat the dead patriot’s body.

If you’re not that familiar with Chinese culture, you’ll probably be grossed out with this dish. Most of my friends have the same reaction – I do too. But after I tried it out, chicken feet have become one of my favorite dishes. Although there’s little meat and plenty of cartilages, it is still very tasty, especially when cooked with black bean sauce. But its popularity goes way back when poverty was still very prominent in China. A family could hardly afford to buy meat, much less a whole chicken, so when they did, they made sure that no part was wasted – even the feet.

Like chicken feet, spareribs became a household favorite because it is the cheapest portion of the pork. Back then, meat was expensive for most Chinese families since they were experiencing extreme poverty. Most of the time, families could only afford to buy the cheapest part. Thus, families would come up with different way of cooking spareribs, the most popular being with a black bean sauce and sour plum sauce.