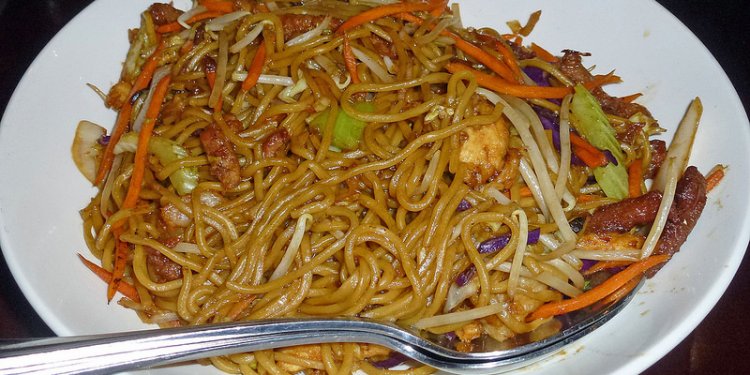 The world's fast growing appetite for Asian food has a lot to do with both population growth and economic development on the continent. Demand has soared in China, where GDP per capita has increased more than ten fold since 2000, and also in Vietnam, Thailand and Malaysia.

But Asian food has also benefited from the emigration of Asiansto other parts of the world, where people then fall in love with cuisines they might not have encountered otherwise. The United States, where the number of Asian immigrants has grown immensely, is perhaps the best example. Americans, especially younger ones are deeply enamored with Asian food (and hot sauce, for that matter).

Sales at Asian fast food restaurants have grown by 135 percent since 1999, well outpacing the growth seen in any other segment.

Fast food sales only tell part of the story, but they're arguably one of the best indicators of global food trends.

Asian food in particular is unique in that the vast majority of fast food restaurants that serve cuisine from the region, whether it's Chinese, Thai, Vietnamese or Malaysian, aren't chains but independent, small restaurants. Globally, only about 10 percent of sales at Asian fast food restaurants come from chains. The remaining 90 percent (which amounts to more than $135 billion annually)comes from mom and pop restaurants.

In the United States, the story is a bit different, but no less striking. Roughly half of all sales at Asian fast food restaurants came from chains in 2014. The viability of that model points to a certain level of demand. U.S. chains like Panda Express, which reached nearly $2 billion in sales last year, have proven that there's a mass market interest in Chinese food. Even Chipotle has responded to the demand with Shophouse, a fast casual Thai noodle restaurant.

Asian food is so coveted today that even restaurants that are centered around cuisines that aren't even remotely Asian—like burgers, fried chicken, and sandwiches—are increasingly offering Asian-inspired options. There are currently at least 550 items sold at fast food restaurants around the United States with either Asian names or an overt Asian influence, according to market research firm Mintel. Exhibit A: Teriyaki burgers, which can now, by the way, be found at Carl Jr.'s.