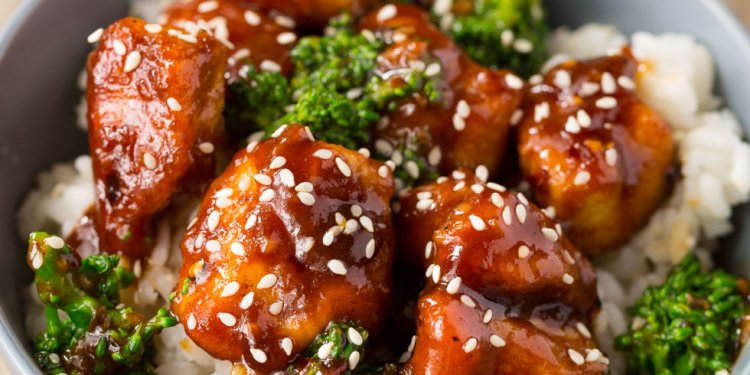 Before we begin this tutorial, a quick rant about woks vs. skillets:

I've read in some otherwise reputable sources that using a wok is not the ideal way to stir-fry. Indeed that on a Western range, using a 12-inch skillet is actually better. I've even seen charts showing how 12-inch skillets get hotter, retain heat better, and have larger surface areas. I've seen how a wok doesn't sit right on a flat range and how it was designed for a much larger flame. All of this is absolutely true.

What I haven't seen in print is anyone saying anything about how the food actually tastes, and I'm certain it's because the same folks conducting the tests didn't actually know how to use a wok properly. Fortunately, I've conducted blind taste tests myself on identical dishes prepared in a skillet and in a wok on the same range, and I can tell you with absolute certainty that stir fries cooked in a well-seasoned wok taste better than those cooked in a 12-inch skillet.

I know you expect some kind of scientific answer for this, and I myself am annoyed that I can't prove why it should be so. Perhaps it's the seasoning in the pan that gives it that extra smokiness known as wok-hai. Perhaps it's the way the food flips up over the lip of the wok and gets a little direct hit from the flames. It could be any number of reasons. The important part is, if anyone ever tells you again that a wok has no place in a Western kitchen and as evidence offers only charts and graphs, tell them to put their money where their mouth is, throw out the charts, and taste the results side by side.

Additionally, I know about a billion Chinese people who'd disagree, and you know what? The vast majority of them are cooking on home ranges that are no more powerful than our own.

With that out of the way, let's move on to the basics of stir-frying.

Stir-frying is the quintessential weeknight supper. It's my go-to method when I have a fridge full of ingredients, and a half hour to put dinner on the table. Because the actual cooking is so fast, it's an ideal summer meal—no heating up the apartment with a hot oven or a long-simmering pot. It's also the ideal way to showcase all the beautiful spring and summer produce that's around these days. Vegetables retain their bright color and crunch—there's no reason that stir-fries have to stick to traditional Chinese ingredients! Asparagus, corn, summer squashes, string beans, peas, fava beans, all of them make for wonderful stir-fries.

The basic components of most stir fries are the same:

At a restaurant, a wok chef has two valves controlled by his knees. One controls gas flow, while the other controls oxygen. Together, they allow him to control the heat under the wok from a lighter-sized flame to an all-out, jet-engine-sized ring of fire. Most cooking gets done under this extreme heat, which allows him to successively add ingredients to the wok without risking rapid temperature drop. Try the same thing at home, and you'll find yourself standing over a woeful wok-ful of pale, flaccid, steaming meat and vegetables.

To compensate for this, the key is to heat your wok until it is literally smoking hot, cook in batches, and allow your wok to reheat fully between each batch.