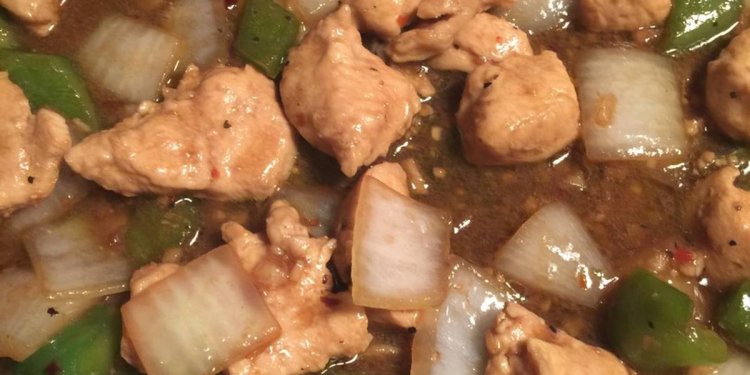 There's nothing better than a tasty stir-fry. And an added bonus to any homemade meal is one that takes almost zero time to prepare. Let's get this out of the way: you don't need a wok to stir-fry. Sure, it would be nice to have a properly seasoned wok at a searing bazillion degrees going over an open flame to make your in-house stir-frys. But a screaming hot frying pan does a fine job - and is way more practical for home use. Forget the -per-dish Chinese delivery. These five delicious stir-fry recipes are so easy, you'll be making them all the time! Most Hunan dishes hit volcanic levels of spicy. This variation has some heat, but also a touch of sweetness that rounds out the flavor profile nicely. Bonus: when it's this hot outside, a short period of flash-frying at high heat won't make your AC work as hard as if you had all four burners going for a long time.

There's something liberating about tossing a bunch of ingredients in a pan and having the final dish turn out far greater than the sum of its parts. Shrimp and bean thread noodles are the base of the dish - then a few premade, store-bought sauces do their magic and suddenly you're eating a stir-fried noodle dish that is savory, sweet and even a little nutty.

No need to blow $50 on a bag of Chinese take out when you can whip this savory and sweet recipe up at home with a just few ingredients and 15 minutes of your valuable time. This dish calls for fiery Thai chili to bring the heat. If you have a few extra minutes, marinate the meat in soy sauce, sherry vinegar and cornstarch for a blast of flavor that is out of this world!

This is a savory, peppery and simple Japanese vegetable stir-fry that is normally served at an Izakaya or ramen joint. The original recipe usually calls for the addition of a tiny bit of thinly sliced pork, but you can totally make it a vegetarian dish by omitting the porcine element. I made this version with a couple of seared Japanese Berkshire sausage links to give it an extra smoky element.

Spicy, salty, sweet and sour, this chicken recipe gets a smoky base from judicious use of gochujang (Korean chili paste). My husband is so obsessed with this simple stir-fry, I busted him once at 2 a.m. clattering around in the kitchen trying to make it as a late night snack. If he can do it, buzzed on whiskey in the middle of the night, you can too!