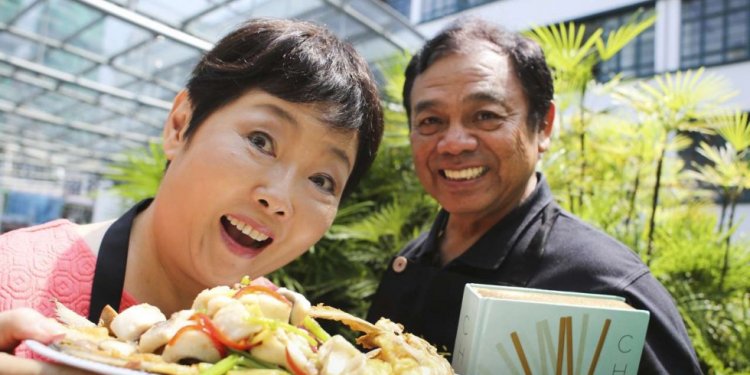 Michael Pollan famously lamented, earlier this year, that cooking has become a spectator sport. Not if this year's cookbooks have anything to do with it! Traditional cuisines get broken down and re-introduced, ingredients that have become familiar only recently get recombined as casually as speed-daters. Meanwhile, the bakers outdid themselves this year, clarifying flavors and streamlining their methods until they fit snugly in anybody's kitchen. This year's cookbook instructions are detailed and sure-handed, so you'll feel confident even taking on those fiddly little jobs you usually leave to your good friend Joe, the Trader.

If you're the kind of person who's believed all along that a book can teach you to do anything, congratulations! You were right. With these books you can, if you want, make your own bread, your own pasta, even your own dumplings. If, on the other hand, you thought you were the kind of person who could never produce a picture-perfect mushroom tart, guess again. That competent soul is only a few well-described pages away.

Cooking when you're on your own can be a challenge. Who wants to slave over a single serving? And guess who's going to do the dishes? Often we just solve the problem with takeout or pizza. Thank goodness for Judith Jones! Widowed 13 years ago, the redoubtable magazine editor conclusively demonstrates that the joie de manger belongs to everyone, not just breeders, honeymooners and clans. There are easy recipes, like Linguine with Smoked Salmon Sauce for nights when you come home late to a dark apartment and a howling cat. And there are slower recipes — even "A Small Cassoulet" — for lazy Saturdays when you are the envy of soccer moms everywhere and have all the time in the world to browse at the farmers market. Jones has a sure sense of portioning, and she provides recipes for leftovers. She labels them "Second Round" or even "Third Round" — mashups that can make too much of a good thing, well, still a good thing. Warning: Jones' lovingly photographed collection of single-serving gratin dishes and adorable lidded casseroles will have you nursing a cookware jones even if you're feeding a family of five. Ask me how I know.

Dumplings are temptation in a wrapper. They're the snack that makes countless well-meaning people ignore diets, cultural restrictions and the limits of their own appetites. This season, dumpling fever has exceeded itself: There's not one but two books devoted to the cult of Something Wrapped in Something Else. This one is for those of you who, no matter whether you're in Chinatown or Little Korea or the corner Nepalese, always order a side of spring rolls or chicken buns or momo. Some are simple and familiar (Fried Wontons); others are neither (Tibetan Beef and Sichuan Peppercorn Dumplings) but still irresistible. What really intimidates people about dumplings is the wrapping. Guess what, guys! It's not that bad. Nguyen has great little illustrations that make the folds easy and straightforward. The instructions are wordy, like a friend who tells you every landmark to look out for on a 5-mile drive. But you won't get lost. Personally, I have always strictly believed that the effort of making dumplings yourself magically negates the calories you might accrue by eating them. With the help of this book, you may find yourself reaching the same conclusion.

Clean Food: A Seasonal Guide to Eating Close to the Source with More Than 200 Recipes for a Healthy and Sustainable You, by Terry Walters, hardcover, 304 pages, Sterling Epicure, list price: $30.00

Recent years have seen more and more vegan cookbooks hitting the mainstream, and this one bristles with crossover charisma. Sure, there are a few ingredients your average omnivore will never buy — the ume plum vinegar, the agar powder, to name two — but in a year when there was no other significant vegetable book, Clean Food excels: You could call it a graduate course in meatlessness. The book celebrates the once-obscure, now-popular heirlooms, like Roasted Kabocha Squash and Creminis with Fresh Herbs. There are also minimalist luxuries, like Winter Green Salad with Sugared Walnuts, Crispy Pears and Pomegranates. Despite its name (which may have you wondering, with a frown, what you've been eating up until now), Clean Food is a gateway book for the vegan lifestyle, not a hard sell. Who knows, it may end up on your kitchen shelf right next to your copy of The Meat Bible. But with its open, appealing design and rosy sense that anything is possible within the plant kingdom, Clean Food might just win you over.

Gourmet Magazine, that recently extinguished flame, was many things to many people: For some, it was a cheap ticket to faraway food cultures, a menu for special occasions; for others it was pure food porn. But one of the things Gourmet did best can be found in what turns out to be the magazine's valedictory cookbook: weeknight dishes with an international flair. The magazine's correspondents may have roamed far and wide in search of culinary stimuli, but its kitchens had a knack for scaling and converting the recipes they brought back till they slid comfortably into the weeknight rotation back home. If dishes like Israeli Couscous with Mixed Mushrooms or Japanese Sesame Spinach are becoming household standbys in kitchens from Secaucus to Milwaukee, I dare say we have Gourmet to thank for it.

Like the 2004 Gourmet Cookbook, Gourmet Today is a good go-to reference for basic matters of technique, like making fresh pasta or how to make a roux. Though its slick, bright food fantasies may no longer arrive in the mailbox each month, Gourmet has found a way to deliver every night — a guarantee that though it may be gone, it won't be forgotten.