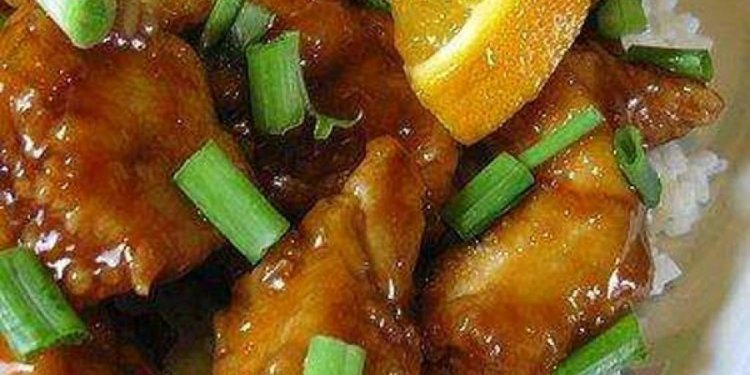 When you think about Chinese food, what comes to mind? Heaping platters of lo mein, beef with broccoli, and General Tso's chicken, most likely. But should you find yourself on a slow boat to China, when you arrived you'd be inundated with a highly regionalized, unimaginably vast selection of dishes that bear shockingly little resemblance to what you'll find at your neighborhood Chinese takeout joint here in the States. We've gathered together 10 dishes, along with their origins, that you'd be hard-pressed to find in China.

It seems like every small town in America has two types of establishments, without fail: an Irish pub and a Chinese restaurant. Some Chinese restaurants are full-blown affairs, complete with "Oriental"-sounding music and wall decorations that evoke the Far East.

Others are about as hole-in-the-wall as it gets, with only a few plastic orange booths, a counter, and a photo-heavy menu board above it. One thing they all have in common, though? The menu, which has become so predictable these days that most people order without even looking at it. However, real, authentic Chinese food thankfully isn't impossible to find in America, but you'll need to travel to Chinatowns in the big cities in order to find it. Should you happen upon an authentic Sichuan restaurant, you'll encounter hot and numbing dishes like mapo tofu along with twice-cooked pork and tea-smoked duck. At an authentic Hunan restaurant you might find stir-fried meat with chile peppers, braised pork, and stewed beef with rice noodles. And at a Cantonese restaurant (what a lot of "Americanized" Chinese cuisine is based on), you'll find roast pork and duck, steamed fish, congee (a type of porridge), and preserved duck eggs. As you can see, there's a ton of variety when it comes to real Chinese food, and regional specialties vary, in some cases, from village to village.

So the next time you find yourself in Chinatown, stop into a local establishment and order something you've never eaten before. It'll broaden your horizons in more ways than you might realize. In the meantime, keep in mind that you'd be hard-pressed to find any of these dishes in China.