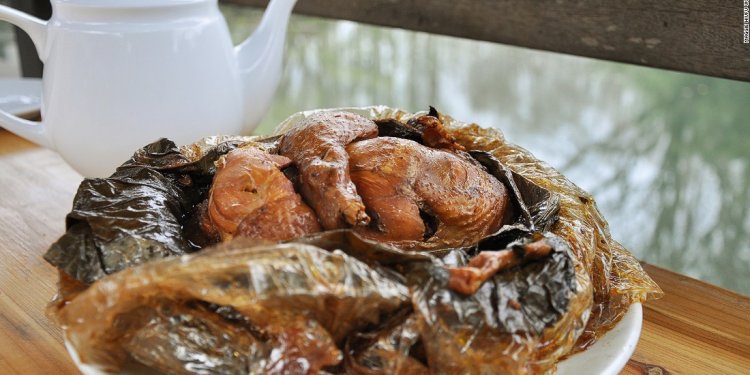 Penang, Malaysia is an excitingly diverse city, crammed with the juxtaposition of locals, expats and travellers, who are usually coming through from Thailand and Singapore. It’s a bit of a teeming metropolis of cultural hybrids, really. Penang is literally the bustling rougher cousin of the Kuala Lumpur which is a little more serious and ‘businessy’. Slightly less developed and considerably cleaner, Penang is, to be a bit cliché, a diamond in the rough.

Strangely though, and what I find particularly interesting, Penang has a strange development story, which seems to give it even more charm. Founded, as a trading post by Captain Francis Light of the East India Company in 1786, Penang accidentally became quite important to British colonialism, which helped develop it as the diverse jungle of culture that you find yourself travelling around today, especially in regards to its delectable delicacies. Let’s rewind a little before taking you on a tasty treat tour of palatable Penang. Captain Light was actually sent by his bosses to take Thailand as a trading port. However, after a romantic little love affair, he eloped to Penang to settle with his love interest, turning that into the trading port instead. This led to the fusion of cultural delights now available from top hotels all the way down to lowly street food hawkers. Basically, if Captain Light had done what he was told, I wouldn’t be able to bring you this beautifully long list of exotic eateries in Penang! So now the background is covered, let’s start by introducing the delicious delicacies on offer in this multi-cultural hullabaloo! From backpacker budgets to splurging high society jetsetters, Penang has a dining option for you.

Sampling the Street – The Lower Budgets

Penang is perhaps the most famous, second only to Bangkok, for its wealth of street food. As Westerners, we don’t really understand what street food is and we’re a bit closed minded on the whole affair. Food…from the street?! How preposterous! However the preconceptions of dirty dishes and salacious salmonella are very far from the truth.

Street food is a way of life for most Malaysians. You and me might see it as a novelty but to Malaysians, dining at pop-up street restaurants is an everyday occurrence and one that you should certainly not miss, no matter your budget. For thrifty backpackers and wealthy world travellers alike, it gives you an affordable way to sample authentic dishes and truly see the real culture of Penang. The thing is, with high-end restaurants and hotel dining rooms, you don’t really get to see the culture surrounding you, whereas street food allows you to get a real taste of Penang’s life; after all, isn’t that why we travel? Also, you can try eating with your hands, which is far harder and much messier than you can imagine! But which are the best and what should you eat?

Assam Laksa is an extremely famous Penang dish. In fact, it might be the best well known; it’s certainly one that most locals will recommend so I’m definitely adding it to this list. It’s a spicy noodley soup with tastebud-tickling sour undertones. So, the traditional dish is kind of a thick broth whereas the Penang version is thinner. It’s poached mackerel that stews in the broth with tamarind, lemongrass, chillies and shrimp paste. This is topped with a big dollop of rice vermicelli. It’s been ranked 7th of the best 100 foods in the world so it’s definitely unmissable.

As I said, it’s super famous so you can find it lurking on pretty much any street in Penang. However, Ayer Itam Pasar is said to serve the best Assam Laksa in the whole world. That’s a pretty big claim so it’s worth testing it out. Are you a fan of noodles? If you are, this is one of the juiciest noodly treats in Malaysia. It’s actually quite common in Indonesia and Singapore too, but it’s definitely a must-try while you’re skulking around Penang with a grumbling tummy. It’s made of thin yellow noodles that are all fried up together with garlic, onions, and shallots, with some type of meat, usually prawns or chicken mixed in. It’s also got chilli, egg, cabbage, Chinese cabbage, and pickles in the mix as well to give a variety of different textures and tastes to tickle those taste buds. It basically comes from Chinese chow mein and has evolved into its own Malay dish.

However, I must tell you to visit either Bangkok Lane Mee Goreng stall or Hameed Pata Mee Goreng in Padang Kota Lama. The reason is that both of these little food joints add a kind of Asian sticky red gravy to the mix which gives a spicy/sweet/sour kick to this delicious dish.

Ok, another noodle delight for you. This one is usually served with prawns so it’s a little more of a seafood delight. Its literal translation is ‘stir-fried rice-cake strips’ and that refers to the big fat, flat noodles that it comes with. Although recipes vary from street vendor to street vendor, the general consensus is that this more sloppy noodle dish contains prawns, cockles, beansprouts, Chinese chives, flat rice noodles, egg, soy sauce, chilli, belachan, all fried up in pork lard. This is a bit of a comfort food dish and is high in fat, pretty much due to the pork lard. However, its unhealthiness is mostly weighed out by how tasty it is!

If you’re looking for a real tasty version of this dish, try Ah Leng Char Kuay Teow at Kafe Khoon Hiang. The stall only opens at night but it’s worth the visit as they use duck eggs, which give a creamier flavour.

Another delight from under the sea, Hokkien Hae Mee, is a fried noodley prawn dish which is simply delicious. This is one of those street food specials you’ll hear backpackers and locals raving about and you’ll find it recommended on travel blogs all over the worldwide web. And there is good reason. It kind of a soup-based noodle dish that combines prawns, slices of chicken, squid and fish cake, and water spinach. It was actually brought over the Malaysia from Fujian, China.