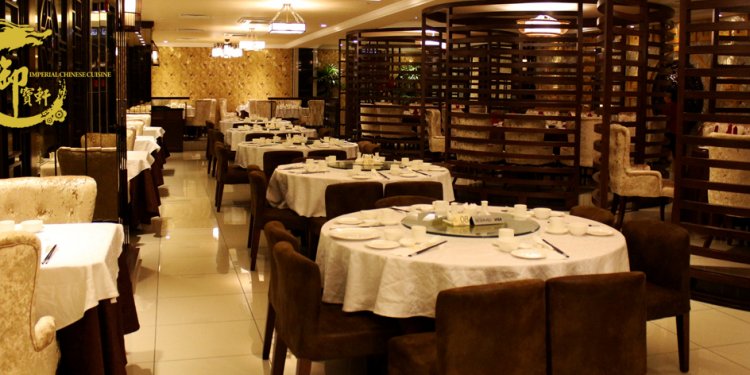 Chinese imperial food dates back to slave society. Ever since there were emperors and palaces, there has been imperial food, which was served mainly to the emperors, their wives and concubines, and the royal families. Emperors used their power to collect the best delicacies and called upon the best cooks to make delicious food for them. Imperial food represented a dynasty's best cuisine.

Although imperial food was made exclusively for the royal family, generals, ministers, and nobility, it was the peasants, herders, and fishermen who provided the raw materials, craftsmen who made the kitchen utensils, the cooking staff who provided the service, civil officials who named the dishes, and protocol officials who drafted the dietary and culinary rules. Imperial food comprised the dietetic culture of the Chinese palaces and it is part of China's valuable cultural heritage.


Imperial foods often were improved dishes invented by the common people. The inventors were not princes, dukes, or ministers, but cooks and commoners. The original model for a dish might have been similar to a dish you once prepared for yourself. Yi Yin had been a famous cook before he became prime minister. Yi Yin, whose original name was Ah Heng, was a slave of the Youxinshi family. He wanted to convince Tang of his good ideas, but lacked a way, so he brought his kitchen utensils with him and won Tang's trust by demonstrating his cooking skills. Tang described him as cooking delicious dishes and having the ability to govern the country, so he appointed Yi Yin as his prime minister.


Later cooks also participated in politics. Peng Zu, who is called the founder of Chinese cooking, was chef to Emperor Yao around the beginning of the 21st century B.C. Yi Ya of the Qi State in the Spring and Autumn Period (770 B.C. – 476 B.C.) won the trust of Prince Huan of Qi by being good at cooking and identifying flavors. Shao Kang, the seventh emperor of the Xia Dynasty, had been an official in charge of the kitchen service for Youyushi before the Xia Dynasty was founded.


Zhuan Zhu of the Wu State was an assassin in the late years of the Spring and Autumn Period. In order to help Prince Guang ascend to the throne, he learned the unique skill of "roasting fish" from a famous chef. Through his cooking skills, he was able to meet Prince Liao of the Wu State and assassinated him. In the late Shang Dynasty (16th century B.C. – 11th century B.C.), the government became corrupt and held lavish banquets and feasts in the palace. The following was written of the reign of Emperor Zhou (the last emperor of the Shang Dynasty, enthroned 1154 B.C. – 1122 B.C.): "With a pool of wine and a forest of hanging meats, men and women chased each other naked, drinking all night." (Records of Kings and Princes) This lavish and licentious lifestyle led to the fall of the Shang Dynasty.


Chinese imperial food originated around the Zhou Dynasty (11th century B.C. – 476 B.C.). Although China's dietetic culture developed and grew prior to the Zhou Dynasty, it truly flourished during the Zhou, Qin, and Han dynasties (1122 B.C. – 220).


The Spring and Autumn Period witnessed an unprecedented development in the history of Chinese thinking. Theories from the different schools of thought touched upon the universe, society and life. Pragmatic thinkers studied how food and drink related to the everyday life of the people. As medical science developed, the idea of dietotherapy arose and attention was given to dietetic hygiene. Chinese eating and drinking habits differ greatly from those in the West. Westerners eat more meat while Chinese eat more vegetables, especially the traditional cereals. (Cereals are said to have been discovered by Shen Nong, the chief of the ancestors of remote antiquity.) China began growing the five cereals as food crops during the Zhou Dynasty.


The Zhou Dynasty was the most prosperous period of the slave society, and during this time politics, economics and culture advanced greatly. It was the strongest of the three slave dynasties: Xia, Shang and Zhou.


The imperial cuisine of the Zhou Dynasty was a great improvement over the cuisines of the Xia and Shang dynasties. Beginning with the construction of the Xia Dynasty palace and the establishment of the imperial court, an organization was set up to prepare and serve food to the emperor and empress. Officials were appointed, royalty began seeking pleasures, and an imperial kitchen system was conceived.


The Shang Dynasty imperial cuisine was even better than the cuisine of the Xia Dynasty. The foods for the emperors, princes, and dukes were stratified, and a system of stratified foods for the nobility was developed, however, a system for managing imperial food was still lacking.


During the Zhou Dynasty, such a complete system was developed. It included procurement, diets and preparation as well as staffing, supervising the imperial food, and developing grades for the emperor, princes and dukes. Everything was done in a fixed order according to the "eating rites."