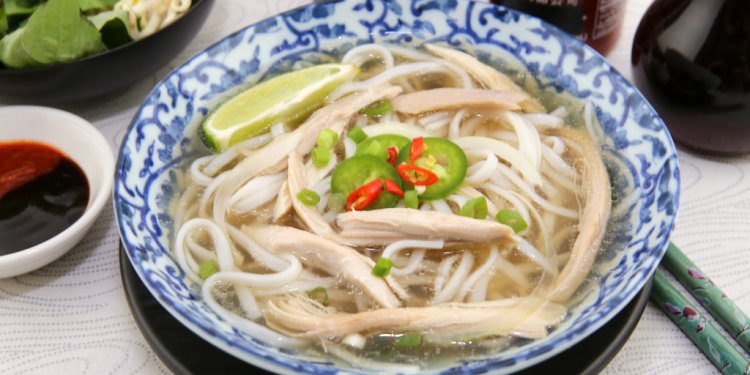 I started watching the PBS show, “Mind of a Chef, ” on Netflix and season 1 follows David Chang of New York’s famed Momofuku restaurants. He has a cult following for popular dishes like ramen and steamed pork belly buns. Since opening the first Momofuku in 2004, he’s made an impact on the food world by simultaneously respecting and disregarding tradition to create a new take on Asian-American food. His unique, unapologetic style is something that I gravitate towards.

In the episode entitled “Simple, ” Chang makes a Chinese Chicken Noodle Soup that I just had to make. It came together in four t.v. minutes and looked very approachable. And you know what? It is. Not 4 minutes easy, but doable. There is more inactive time than active time and I recommend making the broth on a Saturday or Sunday while you’re home doing other things and then having the finished soup for an easy weeknight meal.

The secret to David Chang’s version is that the vegetable broth and chicken broth is cooked separately and mixed to your personal taste. Something I’d never thought about before, but it’s true that American chicken soup is overwhelmed by carrot and celery flavor. That has its own charm, too, but this is a great new take. The garnishes are up to you, but I kept it simple with a soft-poached egg, sliced scallions and a drizzle of sriracha. Michigan just received its first blanket of snow and this chicken soup is just the thing to cozy up to when it’s cold outside.

Garnishes, type of noodle and the amount of soy and sesame oil is completely up to you and your taste. I used chinese noodles that look just like ramen noodles, but are not the ramen that come with a flavor pack. I wanted to keep the garnish simple and just chopped up some scallions for a little freshness and added a soft-boiled egg. I made the broth on a Sunday and put the chicken and the broth (after it cooled) in the fridge and then warmed up the soup the next day for a quick weeknight dinner.