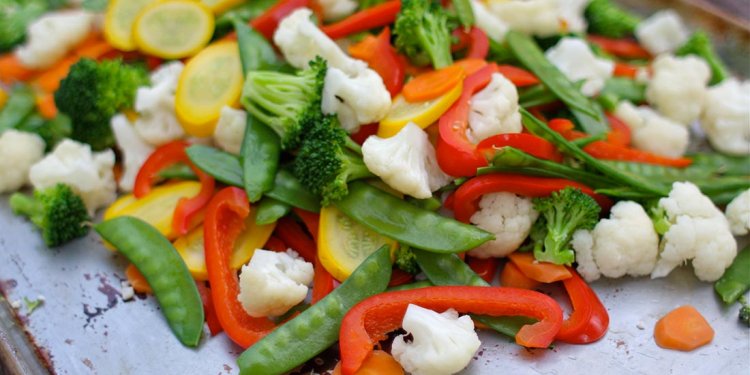 Alternate names: Nam tao, bottle gourd, cucuzza squash, calabash, yugao, long squash, bau, Italian edible gourd, New Guinea bean, Tasmania bean, snake gourd, po gua, kwa kwa, upo, dudi
Characteristics: This long, smooth-skinned gourd has a mild taste somewhat reminiscent of zucchini. Immature, the flesh is sweet, but it turns more bitter as it ages. Wait too long, and it will dry out and become hollow. This squash may have originated in Africa but it is used in European and Southeast Asian cooking in traditional dishes such as the Vietnamese soup canh bau tom and the Italian cunigghiu (salted cod fish), which relies on dried cucuzza. If you can't find opo squash, use zucchini.

Alternate names: Cocoyam, arrow root, kalo, dasheen, sato imo, gabi, patra, woo tau
Characteristics: Native to Malaysia, this rough-textured, hairy brown tuber is used in cuisines as varied as Polynesian and Indian. (A close relative, the yautia, is found in African and Caribbean cuisines and is treated like a potato.) Its flavor is somewhat nondescript and bland, making it the perfect conduit for strong flavors. In Hawaii, taro is used to make traditional poi, a gelatinous dish made from steaming and pounding the root into a pulp. In Indian cooking, slices of taro root are seasoned with spices and then fried. And although taro is consumed throughout the year in Chinese cuisine (you can find taro cakes at dim sum), it is especially popular during the Lunar New Year's celebrations, when you can find taro-filled moon cakes. Alternate names: Asian lotus, ngau, bhe, renkon
Characteristics: Looking at the beautiful lotus flower floating on the water, you might be surprised to find out that the "roots" are also edible (technically the flower's stem). The lotus root looks like a chain of giant pods connected to one another. Crunchy, with a tinge of sweetness, the vegetable can be prepared in a variety of ways—fried, sautéed, steamed, boiled—without losing its firmness, making it an ideal snappy texture for dishes such as salads. Although used throughout Asia, the lotus root is closely associated with Chinese cuisine. It is also prized for its unique interior pattern of holes, which add a decorative aspect to a dish.

Alternate names: Asian or Oriental radish, mooli, moo, lo bok, white radish
Characteristics: This large radish resembles an overgrown carrot that lost its orange coloring. As with any radish—Asian or European—it should be free of blemishes and not soft and pliable. In Korea, cubed daikon radish is used to make a type of kimchi. Its mild taste makes it an excellent palate cleanser. In Japan, strings of daikon marinated in vinegar typically accompany sashimi. Try serving the radish in light where its own flavor won't be overwhelmed by the other ingredients. Alternate names: Oriental eggplant, Asian eggplant, Chinese eggplant
Characteristics: This particular variety of eggplant is longer, thinner-skinned, and has a more uniform thickness than other eggplant varieties, which are often round and bulbous. Japanese eggplants tend to taste sweet and mild but will still turn more bitter as they get older, so try to use them as soon as you purchase them. When choosing an eggplant at the market, look for one that is firm and yet, when slightly squeezed, should also have a slight give to it. Traditional culinary uses in Asia include grilling, stir-frying, and stuffing.

Alternate names: Citronella grass, bhustrina, sere, fever grass, hierba de limón, serai, takrai
Characteristics: This hardy plant looks like a cross between celery and a scallion but tastes like neither. Rather, this herb, native to Southeast Asia, imparts a lemony, citrus flavor to dishes. Woody and thick, lemongrass is not easily digestible, making it ideal for flavoring foods. Look for stalks that are pale at the root ends and green toward the tops. To release the aromatic oils, bruise the stalks and then remove them before serving. Tom Yum, the quintessential Thai soup, highlights the bright flavor of lemongrass. For an easy way to enjoy lemongrass, make some tea.

Alternate names: Chinese cabbage, celery cabbage, baechu, Peking cabbage, hakusai, michihli
Characteristics: This cabbage has a soft, more wrinkled texture than other types. Because it has a less bitter taste than some varieties, the napa cabbage easily adopts strongly flavored marinades and sauces. The leaves, which are densely packed, should be a grassy-green hue and have a bright white stalk center, with no brown spots or blemishes. In East Asia, the cabbage's leaves are used in soups and stir-fries; it is also a main ingredient in Korean's unofficial national dish, kimchi. Alternate name: Bok choy sum, yu choy sum, flowering Chinese cabbage
Characteristics: Though this cabbage looks very much like baby bok choy with its gently curving bottom and rounded leaves, its yellow flowers are what set it apart. (By comparison, Chinese broccoli [gai lan] has white flowers and serrated leaves.) The leaves taste more bitter than the stems, but the entire plant is edible. A popular method of preparation is to blanch and then cook the vegetable in oyster sauce, but as with any other dark leafy green, choy sum is also good steamed, stir-fried, or sautéed.

Alternate names: Balsam pear, bitter gourd, bitter cucumber, ampalaya, foo gwa, karela
Characteristics: With deep grooves and a bumpy texture, this green melon is unlike most melons known in the Western hemisphere. If eaten in an unripe state, it lives up to its name. Allow it to ripen, though, and the interior gains a lovely reddish hue and it has a sweeter flavor. Grown in tropical regions throughout the world, the melon's bitterness (due to small amounts of quinine) is an acquired taste. If you cook it, treat it as you would a zucchini, and then try making pinakbet, a traditional Filipino dish that includes vegetables such bitter melon, eggplant, tomatoes, okra, and string beans.

Alternate name: Cumquats
Characteristics: Originating in China, kumquats are the smallest citrus fruits in the world. Grape-sized, they pack an intense flavor that is both sweet and sour, with a surprising twist in that the skin is sweeter than the pulp. The fruit is consumed in its entirety, skin and all, but can also be preserved, candied, or pickled. Because of their size, kumquats are typically eaten and served whole, and make for a lovely visual asset. They're a popular treat during the Chinese New Year, symbolizing prosperity and unity. Serve kumquats in a salad or use them to flavor savory foods like meat and poultry, as well as in cocktails. Try substituting kumquats for lime.

Alternate names: Galanga root, galingale, Thai ginger, blue ginger, laos ginger, Siamese ginger
Characteristics: Galangal's shape is similar to that of ginger, but it has a distinct ringed red-orange-brown-colored skin that feels waxy. Its interior is white but turns brown when exposed to the air. Tastewise, galangal is more spicy-peppery-pungent than ginger. Cook it as you would ginger—minced, sliced, grated, ground up—and use as flavoring. Galangal is used throughout Southeast Asia in such dishes as Indonesian fried rice (nasi goreng), Malaysian rendang (a currylike meat or poultry dish), and Thai curries.