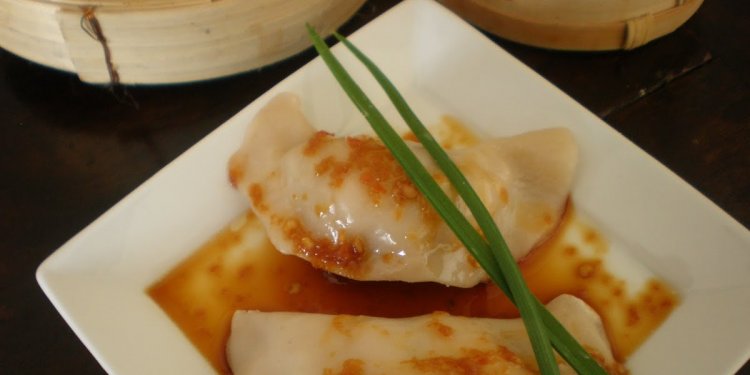 Yum Cha is a nice way to enjoy the company of friends, family and food. It is a Chinese style morning or afternoon tea serving hot traditional Chinese tea and a range of dim sum dishes. Once you step in a Yum Cha restaurant, it is always abuzz with loud conversations, laughter and a vibrant atmosphere that you will not find at any other place. You will have to leave your quiet mornings aside and join in with the hustle and bustle that is Yum Cha. The dishes are usually placed on a trolley while the waitresses there pushes it over to your table, from there you get to pick and choose the food that you want to try rather than ordering from a menu list.

Yum Cha presents an extensive range of traditional dishes to choose from. There may be some that are already your favourites, ones that you have placed on your ban list or even ones that you have seen in those trolleys but always wondered what exactly is that? It is always fun to try something new because you have nothing to lose. Here is a list of 10 unmissable dishes at Yum Cha.

First on the menu is Har Gow or Prawn Dumpling. This is one of the most popular dish served at Yum Cha and one of the more safe for those who are just getting to know the Yum Cha delicacies. Har Gow consists of shrimp wrapped inside a transparent layer made of starch. You can tell if the Har Gow you ordered is made to perfection when the the skin is thin and translucent yet does not break apart when you pick it up, the shrimp is well cooked and the meat is fresh and bouncy and the amount of meat inside is generous.

Beef Tripe
Beef Tripe is made from the muscular lining of a cow's stomach. As it is a muscle it presents a very different and unique texture compared to cow's meat itself. It might not be everyone's cup of tea however it is a delicacy eaten in many parts of the world including French, Moroccan, Bosnian, Spanish, Fillipino, Romanian, Sloval, Croatian, Scottish and many more cuisines. At Yum Cha there is a variety of ways that it can be served including in XO sauce, curry, ginger and onions just to name a few.

Wu Gock (Taro Dumpling)
The filling of a Wu Gock or Taro Dumpling consists of minced pork covered by an outer shell made from a thick layer of taro. It is then deep fried so that the outside becomes light, fluffy and crispy. Taro and sometimes known as Yam is a popular ingredient in cuisines all across Asia. It can be steamed, boiled or stir fried as a main dish and even used in desserts in sweet soups, bubble tea, flavouring in ice-cream and the McDonald's in China even sells taro-flavoured pies.

Chicken Feet
Some may be a bit sceptical but here it is, Chicken feet. Chicken feet at Yum Cha is typically served in a sauce flavoured with black fermented beans, bean paste and sugar. It may be a bit daunting to some however just like the rest of the chicken's meat it is edible. Chicken feet mostly consists of skin and tendons which gives it the unique texture, coupled with the black bean sauce it makes a flavoursome dish.

Law Bok Gow (Turnip cake)
Law Bok Gow or Turnip cake is made from shredded radish or daikon combined with plain rice flour and water. These ingredients are stirred together and poured into a steamer until it solidifies. It is then cut into squares and lightly pan-fried to bring out the flavours, creating a thin crisp layer on the outside with a soft centre.

The Law Bok Gow that you will find at Yum cha will usually have additional ingredients to add extra flavour including dried shrimp, dried shiitake, Chinese sausage or Jinhua ham. Eat these as they are or with a tiny drizzle of soy sauce as you do not want the soy sauce to dominate the fragrance and tastes of the Law Bok Gow. Cheong Fun (Rice Noodle Roll)
Cheong Fun are sometimes made to order rather than brought out in a trolley but this always depends on the restaurant that you go to. Like the name suggests, this dish is made from a wide strip of rice noodle which is then filled with different ingredients, rolled up and served with a sweet soy sauce.

There are many ingredients and variations of the Cheong Fun but the most common ones include marinated shrimp, beef, char siu, Chinese doughnut and Gai Lan (Chinese broccoli).

Sui Mai (Pork Dumplings)
A definite popular dish is the Sui Mai or Pork Dumplings. They are recognisable by their yellow basket like wrapper which is made of a thin sheet of lye water dough. The main filling is typically made with ground pork and Chinese black mushroom although other ingredients can also be added. The top is then garnished with crab roe or diced carrot.

Dan Tart (Egg Tart)
The egg tart is a popular dish not to be missed; it consists of a pastry that is either shortcrust or puff pastry filled with an egg custard mixture. They are best served warm so once it's on the table make sure you snatch one up as quick as possible.

Most Yum Cha restaurants serve the traditional egg tart recipe but in different parts of Asia there are many variations including egg white based egg tarts, milk, honey-egg, ginger-flavoured, chocolate, green-tea and even durian flavoured egg tarts.

Mango Pudding
You can't finish up a meal without dessert. Last but not least, Mango Pudding. Mango pudding is a popular dessert served in Yum cha restaurants, they are made with fresh mangoes, evaporated milk, sugar and agar or gelatin.

They are a delicious and refreshing dessert sometimes served with extra fruit or evaporated milk poured over if you wish.