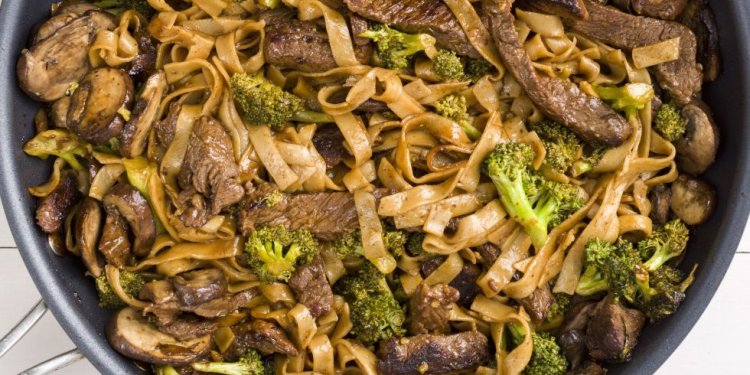 People always think first of Italian pasta at the mention of fresh pasta. But many cuisines have a tradition of fresh noodles, sometimes with different ingredients or cookingtechniques. On this page you can learn to make your own fresh Chinese and japanese noodles.

The quantities in the recipes are but guidelines: eggs may vary in size, flour can be old (dry). Keep looking and feeling whilst kneading the dough: If the dough stays too moist, add flour. If, on the other hand, the dough is too short (crumbly), add water, a little at a time.

The Japanese probably already ate a kind of noodles in the eight century, sakubei. These were cooked, and served hot in miso soup, or cold in miso sauce. As with many elements from Japanese cuisine and culture, the art of making noodles derived from the Chinese. Japanese noodles (menrui)are not a part of the japanese meal, they are eaten as snack or fast food.

The colour is white, and they look like thick spaghetti or tagliatelle. For four to eight persons (depending on how the noodles are served) you'll need 500 gram (4 cup) wheat flour, 1 1/2 tsp salt, about 1/8 liter (1/2 cup) water and optionally 1 egg yolk. You'll need less water if you use a yolk. Somen is made the same as udon, but they are rolled out thinner. Before cutting, the sheets are coated with oil. Somen are usually eatin during summer, when it is hot. The noodles are served in ice water, with garnish and cold soy sauce.

Soba has been eaten since the sixteenth century. They are brownish grey, the colour of buckwheat flour. Quantities for for to eight persons (depending on how the noodles are served): 400 gram (3 1/3 cup) buckwheat flour, 100 gram (4/5 cup) ordinary flour, 1 1/2 tsp salt, about 1/8 liter (1/2 cup) water and optionally 1 egg yolk. You'll need less water if you use a yolk. Here is a beautiful box that was used to serve soba in.
To make chasoba you add 1 or 2 Tbsp green tea to the buckwheat and ordinary flour. The result is a beautiful pastel green pasta. The green tea must be of the best quality, matcha. This is green tea that is used for tea ceremonies.

Yes indeed, ramen are a foreign dish in Japan! The Chinese origin betrays itself in the stock that is used for the noodles, with meat or fish instead of dashi. Ramen became popular in Japan after world war 2. First mainly as restaurant food, but since 'instant noodles' were invented in 1958, also as convenience food. Everywhere in the world you can find instant noodles in supermarkets. ramen are also the favourite food of many anime-characters, like Naruto. The famous Japanese comedy Tampopo from 1985 is about a ramen restaurant. Mix, knead, and roll out the noodles
See below, at the instructions for Chinese noodles. The only difference: udon are rolled out less thinly than other noodles.

The noodles are cooked in water, and then served in special noodle soup. So the noodles are not boiled in the soup, just served in it.
Use a pasta pan for boiling the noodles (see below). The Japanese method for boiling pasta is different from the Italian one. Bring water to the boil in the pasta pan. Add noodles, and stir to prevent the noodles from sticking together. As soon as the water boils again, add a cup of cold water. The exterior of the noodles will cool a little, and the noodles, especially the thick udon, will be cooked evenly. Repeat two or three times, and check whether the noodles are al dente. How long the noodles need to cook depends on how thick they are, up to ten minutes. As soon as they are done, take them out of the water and rinse them under the cold tap. Here a real pasta pan proves its worth: you simply lift the perforated insert out of the boiling water (slowly, to prevent the water sloshing over the rim of the pan).
When you want to serve the menrui, bring fresh water to the boil and submerge the noodles (using the insert of the pasta pan) in it for a few seconds. If you prepared the noodles shortly before serving, the original boiling water is still warm enough, just submerge them in that. The only disadvantage of this option is that the soup in which you serve the noodles will be less clear.
The recipe for Japanese noodle soup (not for ramen) can be found here.

Ah, well, with chopsticks. At least, the noodles. You drink the soup straight from the bowl that you picked up with both hands. One thing: whereas other Japanese food is eaten without extra noise, menrui are to be enjoyed with slurping sounds.

In many parts of China wheat instead of rice is the basic food. China is a large country, and rice simply refuses to grow in the climate of the North. Wheat is used in bread, pancakes, and noodles. Many Chinese noodles are made just like Italian ones, only with slightly different ingredients. Chinese rice noodles can be made from rice flour with water, or from cokked and mashed rice and water which is spread out and steamed before cutting.