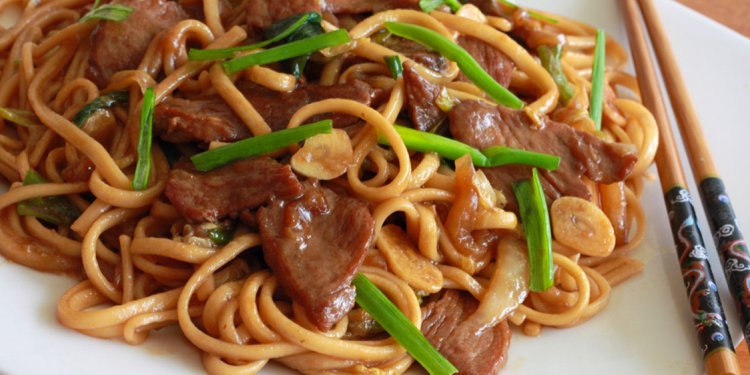 Deciphering the meanings of the items around the Chinese New Year table is a lot like a treasure hunt. Each individual dish is steeped in tradition and is a homonym for a particular wish in the upcoming year.

This year, the Spring Festival falls on Sunday, Feb. 10. For 15 days, Chinese families around the globe are returning to their homes for half a month of feasting, money-stuffed red envelopes and much-needed bonding. In China especially, where a migrant working culture is prevalent, the holiday is often the only time of year when people get to see their relatives.

Food is the cornerstone of the celebrations. So in the spirit of the festivities, we've rounded up 10 essential New Year dishes, and included the significance behind them all. All of these dishes can be found in Chinese restaurants, but we wouldn't advise making the trek to the San Gabriel Valley over the weekend — most of these places will be closed for the holiday. The tradition of eating rice cake goes back 3, 000 years. The Chinese word for rice cake, or nian gao ??, correlates to the phrase "nian nian gao sheng ?, " which means "increasing prosperity year after year." Eating rice cakes also celebrates the beginning of the rice harvest in the spring. These cakes come in both savory and sweet variations. Mama Lu's, a Shanghainese dumpling in Monterey Park has them in stir-fried form. 501 Garvey Ave., Monterey Park; (626) 307-5700.

The saying that goes with the Chinese New Year fish dish is "nian nian you yu" ?, which means "may the year bring prosperity." The character for prosperity, yu ? is a homophone for the word for fish, yu ?. Families buy a whole fish, which symbolizes unity, and it is typically steamed with ginger and a light soy sauce. It's also important to leave leftovers for the next day because this signifies that the prosperity will overflow. Whole fish is usually a norm in Chinese restaurants. These sweet rice balls are typically consumed during the 15th day of the celebration, known as the Yuanxiao Festival. The 15th day is also the first night a full moon is apparent during the lunar year. The dish is made differently depending on the geographic location. In the southern part of China, they're called ?? and the stuffing is put in last after the dough is made. In northern China, the rice dumplings are called yuanxiao ??. The filling is made first and rolled onto flour in a bamboo basket. The roundness of the rice balls signifies a complete circle of harmony and unity within the family. They are served in a soup and traditional fillings include sesame paste, red bean or peanuts. Wang Jia in San Gabriel serves a great version stuffed with sesame paste and topped with bits of Osmanthus flower. 156 S San Gabriel Blvd., San Gabriel; 626-291-2233.

Turnip cakes, which originate in the Guangdong province, are a must-have for Cantonese people celebrating the New Year. It's also embraced in Taiwan because the Taiwanese pronunciation for turnip cake, ??? cai tao gui is a homonym for fortune. It is associated with the phrase, "hao cai tao" ???, which literally means good luck. The cakes can be served in two ways: steamed or fried. They can be found in any dim sum restaurant in Los Angeles. The versions at Lunasia in Alhambra are fried and massive.