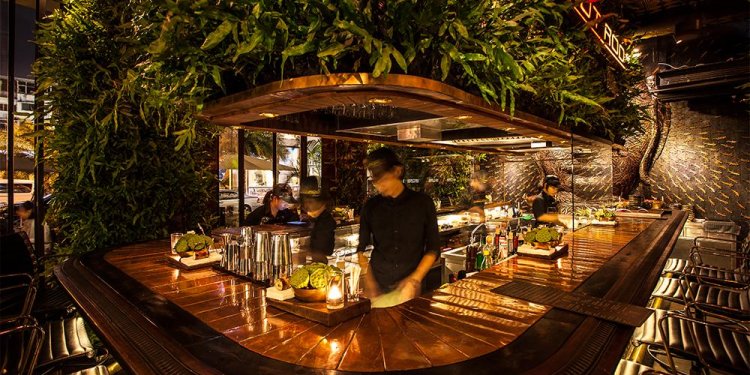 I. Chinese had individual servings

Nowadays, the common practice is to put food in the middle of the table so everyone takes what they want and share what they eat.
​
However, for most of its history, the Chinese actually preferred individual servings. At one point, sharing food was even considered improper and lack of equitique. Of course, on some special occasions the Chinese would still put food on the table to share, like during an informal banquet, but more often they had individual servings.
​
Dishes in banquets were commonly shared later on. This painting, , was painted in the Song dynasty by . Thanks to for pointing this out.

Because the ancient Chinese did not share food, the table setups and tablewares were very different. Also, for etiquette reasons, the Chinese royals and upper class were persistent with this custom. But while individual servings stayed the proper setup among the royals until the fall of Song, "shared servings" had already become common after the Sui dynasty (depends on occasions).

This tradition lasted a long time, but it effectively ended when the Song fell to the Mongolian Yuan dynasty. The later dynasties, Yuan, Ming, and Qing, essentially converted to a shared portion (including the royals and upper class).

So here's what the Chinese table setup was like when we had individual servings.

The lacquerware dinner case was actually the common tableware from Qin to Han, when the Chinese still had individual servings. The case is called 食案, literally meaning a "dining set/case."

​
​Above is the called 车骑出行图. Here you can see what banquets were like in ancient China. You'll probably notice that the ancient Chinese sat on the floor with a carpet and had individual servings.​
(Another mural painting; 东壁夫妇宴饮图)​
​Some dried snacks and dianxin from the Tang dynasty were recently unearthed.

II. lacquerware, the prefered tableware in the past

Back then, lacquerware (漆器) was highly prized by the Chinese and was considered the most suitable tableware. However, the cost of production was too high and they were expensive, so they were eventually replaced by porcelains (瓷器). Of course, many upper class and royals still wanted to have lacquerware, but they gradually became a small minority as well. Below are some examples of Chinese lacquerware displayed in the .

​
​These artifacts were unearthed from

Sidenote
Tablewares that are light in colour became popular along with porcelains later on. Whereas, the ancient Chinese avoided tablewares that were too "magnificent" due to association with extravagance. The ancient Chinese tableware were also mostly dark and red (sometimes purple), and did not have too many patterns or carvings on them (it is another matter outside the category of tableware).

The tableware used in the PRC national banquet might actually turn away our ancestors...

​
This set of tableware might be seen as pretentiously extravagant and over-decorated in the Han dynasty. When the Song aristocrats see this, they will probably look at this monster set with rolling eyes. Well, having overwhelming details was once considered "vulgar" and unrefined, but I guess the CPC really has different tastes in tableware...

Chopsticks etiquette
By the way, you may have noticed the chopstick rest was missing from the dining case above.

In case you don't know what a chopstick rest is, here you go...

​
​Anyways, this is because the dining case and the tableware already served its purpose. And contrary to Chinese custom today, the ancient Chinese placed their chopsticks horizontally on the bowl or plates inside the dining case, or simply let them rest on the side of the case closest to them. Yes, horizontally. Not vertically. This is how the saying of 横筷 (to horizontal one's chopsticks) come to mean that one has just finished eating.​
​
​(a common present-day Chinese table setup)

If you traveled back in time to the Ming dynasty and put your chopsticks like above when you're done eating (plus, before your host finishes his meal), do expect offending your host. And remember. Please do not do this in Zhu Yuanzhang's face.

Other etiquettes
The also offered etiquette guidelines to follow when food is shared.

Qu Li I - Summary of the Rules of Propriety Part 1

毋摶飯，毋放飯，毋流歠，毋吒食，毋嚙骨，毋反魚肉，毋投與狗骨。毋固獲，毋揚飯。飯黍毋以箸。毋嚃羹，毋絮羹，毋刺齒，毋歠醢……
Do not roll the rice into a ball; do not bolt down the various dishes; do not swill down (the soup). Do not make a noise in eating; do not crunch the bones with the teeth; do not put back fish you have been eating; do not throw the bones to the dogs; do not snatch (at what you want). Do not spread out the rice (to cool); do not use chopsticks in eating millet. Do not (try to) gulp down soup with vegetables in it, nor add condiments to it; do not keep picking the-teeth, nor swill down the sauces...

[*] Why is the English translation always so much longer.?

Before the introduction of chairs, the Chinese sat on the floor so the furnitures had to be small and minimal. For this reason, the dining table was vastly different from what we see today. It is also this reason that the ancient Chinese had individual servings rather than shared servings.

So instead of round dining tables, the Chinese commonly used square tables called 几.

​
​
​An illustration of ancient Chinese lifestyle​
​
​Reconstruction of a table setup in the Han dynasty; displayed inside the

Do the dining tables in the two pictures above resemble the character 几? Right, the character comes from the pictograph of this kind of table.

Application of this model to Chinese restaurants

So now some of you might be thinking, "What would happen if a Chinese restaurant today re-adopted these old customs and high standards?" or "What will they look like in today's context?"

Well, I've talked to some friends who do business and brought up this conversation. And the thing is, if a Chinese restaurant today reinstalled the old custom of serving individual portions with lacquerwares or ruyao porcelains, the restaurant inevitably becomes serving haute cuisine and it must focus on quality and the high end market.

First of all, serving individual portions mean the restaurant have to plan their use of space carefully to make sure their customers sit comfortably, because they can no longer use big round tables. In this case, customers per day will most likely drastically decrease because of lower capacity, and the restaurant must then focus on quality rather than quantity. Needless to say, a high-end restaurant is more willing to invest on their hardware, and this will lead to higher prices. Now, on top of this, if we add lacquerwares, ruyao porcelains, or other highly prized tablewares to the table setting, the prices will rise even higher than the already expensive prices. With high prices, the restaurant is left with no excuses to serve low quality food, meaning they must select high quality ingredients and make sure their chefs and staffs are trained or experts.

At the end, we'll end up with prices that are thrice, if not five times, more expensive than the common high class Chinese restaurants we already see. On the other hand, cheap Chinese restaurants are harder to fail, and they will make good profits by minimizing costs and offering decent foods.

While high Chinese cuisine will definitely appeal to the elites and upper class, the restaurant will be unpopular to the masses. If you want to give this model a try, go ahead but expect high total costs at the beginning with possibly mediocre profits.