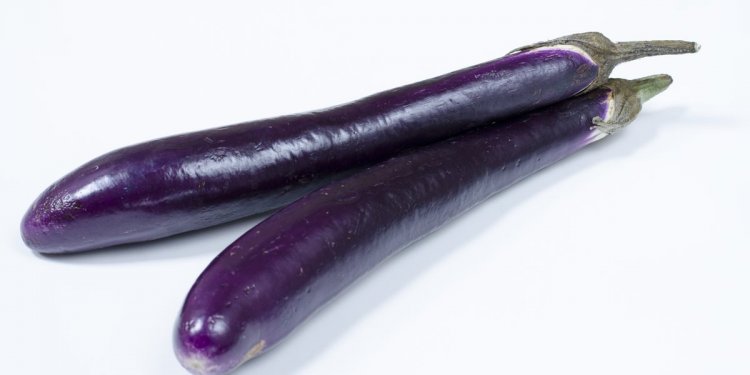 
I was in line at a major retail the other day and there was this woman in a courtesy scooter with a basket full of groceries.
The clerk picked up the groceries and started scanning them, entering the code for the veggies that had no barcode to scan.
When he reached the eggplant, he put it on the scale and entered the code.
The eggplant was big, at $3.49 per pound it cost almost $6.
As the clerk put in the bag, the woman became livid.
She started arguing (more like screaming really) that eggplants are not sold by the pound, but by the piece. She threatened to take her complaints to the store manager.
The poor clerk - a young college kid - didn’t know what to say and was clearly shaken.
I tried to calm her down explaining that he had no control over pricing and that he just rang up the items.
But she was so mad, she left swearing she would never come back and shop only where the price was “fair” (her words).

In a way she was right, 6 bucks for an eggplant is out of control — produce shouldn't cost you an arm and a leg. But the poor clerk had nothing to do with the pricing. I didn’t see the point of taking it out on him.
If a grocery store is expensive, you’re free to take your business elsewhere.
For instance, you only need to shop once at Food Emporium or Gourmet Garage to never set foot in these stores again. Their prices are high on just about everything — it's as if a dollar or two have been tacked onto every grocery item in the store. Seriously.
Their produce is outrageously priced. Just to give you an idea, you pay .99 for a pint of strawberries, lemons are .49 each, and a small package of raspberries goes for $6.99 — I suppose millionaires shop there. I don’t.

Back to the eggplants. I don’t think I ever saw eggplants sold by the piece.
To be honest, I find it obnoxious to charge by the piece when the pieces are not uniform in size and the tradition has been by weight: Peppers, onions, potatoes, eggplants, etc.
I always feel I have been left the small ones, especially at the end of the day or end of the week.
I can understand unit pricing at farmers' markets and stands, where the vendors don't necessarily have scales with them, but it's odd to me that pricing produce by weight is not universal practice in other venues.

Luckily, Chinese eggplants are never sold by the piece. They’re small and light, and frankly if they were sold by unit it would be a total rip off.
If you’re not familiar with the Chinese eggplant, it resembles a small zucchini. They are recognizable by their long, thin shape and unique violet coloring.
Chinese eggplants are sweeter and tenderer than your usual eggplant, and can be cooked without peeling or salting.
They’re awesome in stir-fries, like really awesome. This is really almost the only way I cook Chinese eggplant.
It’s a great combination of flavors — chiles, garlic, soy sauce and a touch of rice vinegar to balance the flavors out — and comes together in 15 minutes flat.
Serve it as a side to Chinese Orange Chicken, Mongolian Beef or Crockpot Honey Sesame Pulled Pork and it’s going to be epic. Like Epic, with a capital E!

Heat one tablespoon of oil in a wok (or a large frying pan) over high heat. Swirl to coat to wok.
When the oil is sizzling, add eggplant strips in a single layer.
Cook for one minute, then flip over so they cook evenly.
Cook for further 2 minutes, flipping every now and then.
Push the eggplant on one side of the wok. Add remaining tablespoon of olive oil.
Add garlic, chili, and ginger. Stir until fragrant, about 30 seconds.
Stir aromatics with eggplant.
Add soy sauce, vinegar, and sugar and stir to combine. Stir-fry for a couple of minutes or until the eggplant starts to caramelize.