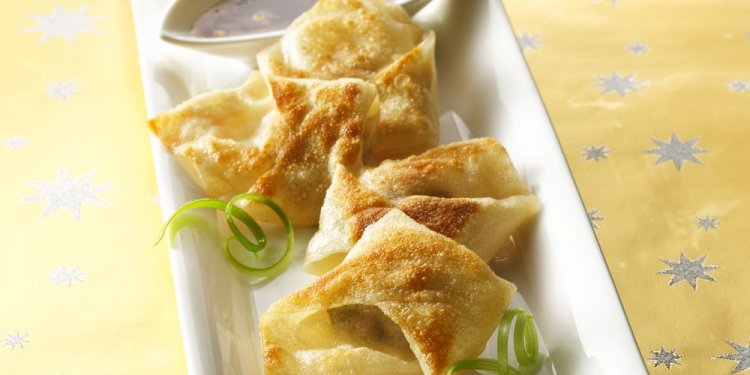 Four Chinese dumpling sauce recipes from northern to southern China. You won’t go wrong with any of them!

Whenever I’m traveling in China, I am always amazed by the fact that people from different provinces have such different eating habits.

Let’s take dumplings as an example. The dumplings that I’ve been eating growing up are northern style dumplings. They are usually bigger in size, have paper thin skin with a giant filling that contains meat and vegetables. Like I mentioned in my last post, we consider dumplings a staple and serve them as a main dish. We emphasize that the dumpling filling should be flavorful enough, so you can enjoy them even without any dipping sauce. There’s many northern style dumplings that call for a very simple sauce, sometimes only served with vinegar. There is no right or wrong, and the options are endless. At the end of the day, it really depends on your personal preference.

Let’s look at some of the dumpling sauce recipes below and see how different they are!

This is the sauce my family uses for all the homemade dumplings. It’s super simple and brings out the great flavor of boiled and steamed dumplings. A rich and flavorful sauce that you usually find in Chinese dumpling restaurants. If you like bold flavor, this is the sauce for you!

To make 4 servings, coarsely chop 1 clove garlic, 1 piece ginger, and 1 sprig cilantro. Mix them on the cutting board and finely chop and mix them, to let the flavors combine. Transfer them to a bowl, add 2 tablespoons Chinkiang vinegar, 1 tablespoon soy sauce, 1 teaspoon sesame oil, and 1 to 2 teaspoon homemade chili oil or hot sauce to taste. You usually see this dumpling sauce when eating soup dumplings. But it goes well with many northern style dumplings too, especially ones made with red meat. It cuts the grease and makes a heavier dumpling taste more balanced.

I learned about this sauce from Mastering the Art of Chinese Cooking by Eileen Yin-Fei Lo. Cantonese restaurant always serve spring rolls and other dim sum with this sauce.

I came across this dumpling sauce in the cookbook All Under Heaven by Carolyn Phillips. She calls it Tibetan salsa (Tsal). Some chefs call it sepen. The sauce is made with tomatoes, red chili pepper, garlic, green onions (or onions), salt, oil, and cilantro. Sounds a bit like Mexican salsa doesn’t it? The sauce is designed for Tibetan momo, which is quite similar to the northern dumplings I’m familiar with. I shared the sauce here because I was very intrigued to find that food culture can be so different in one country, yet so similar across the continents.