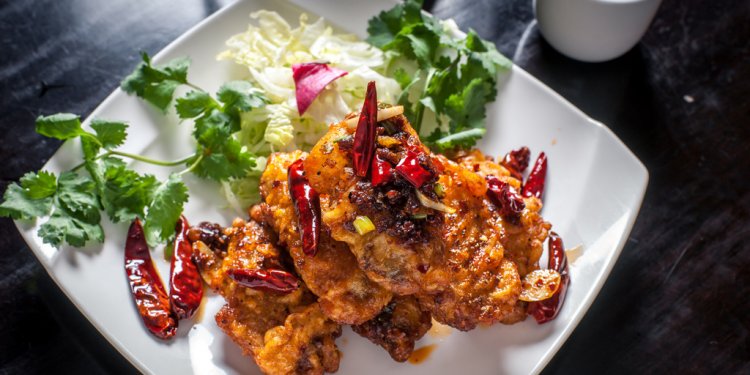 It's been over two years since Fork in the Road appraised the relative merits of the city's Chinese restaurants - things have changed so much in the interim. Northern Chinese fare continues to rule Flushing, Elmhurst has increased the breadth of its offerings beyond Taiwanese, and Sunset Park remains a bastion of familiar Cantonese eats - improved these days with Hong Kong style. Meanwhile, Manhattan's Chinatown absorbs all these influences, while remaining a hotbed of Fujianese, Shanghai, Cantonese, and now Northern Chinese fare. Other trends include the outmigration of great restaurants from Chinatowns, and the hipsterization of various regional cuisines. - Henan Feng Wei, offering the food of the Henan province northwest of Shanghai, is an excellent spot off the beaten track in Flushing. It spawned Manhattan's He Nan Flavour a couple of years back, preserving the quintessence of the menu, with a few neighborhood-pleasing Cantonese and Fujianese dishes thrown in. Now, with a slightly expanded menu, the place has changed its name to Spicy Village, and remains every bit as good. Go for the "big tray chicken" (above) or brisket hui mei (wide handmade wheat noodles). 68 Forsyth Street, 212-625-8299

- Don't let the appearance of this place deter you: it partly functions as a cocktail lounge for well-off 20-somethings on the make. But dig deeper and find a unique Yunnan menu, with its mushroom-heavy promise, and influences ranging from Sichuan to Thai to the westward-leading Silk Road. Shown above: puer-tea flavor potted beef shank and quail eggs. 110 Reade Street, 212-267-3777

- Already one of the best dim sum spots in town, this sprawling Cantonese restaurant has undergone multiple transformations in the last decade. As Royal Seafood, it earned the attention of Times critic Pete Wells partly through the excellence of its seafood, and deserves to be classified among the best Chinese restaurants in town. Nevertheless, near-perfect dim sum - get there any day before noon for the freshest - remains the bill of fare's bedrock.